I have yet to jump on the DIY deodorant bandwagon only because I don’t like the idea of using my hands to rub deodorant on my armpits. Is that juvenile? Probably. I know I’ll get over it soon but in the meantime, I want to make sure I’m avoiding any pesky harmful ingredients in my store-bought deodorant sticks!

I conducted a natural deodorant test using three popular brands over the past three months. Each have their own pros and cons. I’ll go into more in-depth reviews below, but in case you want the sparknotes version and links for where to buy:

I should probably preface these reviews with a few personal details. First of all, I don’t consider myself to be an excessive sweater. I sweat an average amount and I can usually last a day without deodorant and not get smelly (if I don’t workout) but if I go much longer than that, then stay away! If you’re in the same sweat camp as me then hopefully you will find the following recaps useful.

DETAILS: This is a stick deodorant with a smooth and clear application. I tried the lavender & rose scent (I used the lavender version of all three to be consistent!) which was delightful.

HOW IT WORKED: I happily used this deodorant for a little over 2-3 weeks before I felt like it stopped working. It isn’t an anti-perspirant so I didn’t expect to stop sweating entirely, however I did hope that it would hold up in preventing any smells from developing. After one day of smelly-sweating straight through a jacket (and I do not normally sweat excessively!) I started keeping this stick in my purse to re-apply throughout the day.

I guess my body eventually started rejecting this formula because despite my initial excitement, it stopped working well for me after a month.

WHERE TO BUY: Native Deodorant $12

DETAILS: This guy comes in a liquid roller that rolls on wet but dries quickly. I was PUMPED about this one because of the ingredient list, price, availability (sold in most normal grocery stores!), and solid recommendation from one of my coworkers.

HOW IT WORKED: Great! I really liked Crystal Essence and would have continued using it after the month trial period if I didn’t already have plans to test out a third deodorant for this post. One disclaimer is that it truly does not stop you from sweating – in fact some days I felt like I was sweating more than usual while using this product. With that said, I never had smelly issues like I eventually did with the Native brand. Re-applying in the middle of the day did seem to help with that issue if that concerns you.

WHERE TO BUY: Crystal Essence $6

DETAILS: Another stick application that goes on mostly clear but sometimes a little crumbly. I had to overcome my irrational fear of touching my armpits to rub in little deodorant crumbles more than a few times.

HOW IT WORKED: Amazingly. In fact, I’m still using this one daily! What sets this guy apart from the other two is how dry I feel throughout the day. I sweat significantly less wearing this deodorant than I did with the other two. I also haven’t had issues with smelling weird or needing to re-apply midday. I first discovered this on Goop which forces me to admit (per usual) that Gwyneth really does know best.

WHERE TO BUY: Schmidt’s Deodorant $10

Another brand worth mentioning is Pit Paste ($12). This one came highly recommended from a few friends however the name was so off-putting (not to mention my irrational fear of hand to pit application) and I was so satisfied with Schmidt’s that I didn’t try it.

If you have other natural deodorant brands that you use and love please share in the comments!

Subscribe and receive a PDF copy of my daily cleaning checklist + weekly tips on how to live a cleaner life!

Success! Now check your email to confirm your subscription.

Benefits of an Essential Oil Diffuser

November 14, 2019
Previous Post Golden Rules for Cleaning Out Your Closet
Next Post Best Strategies for Successfully Selling on Craigslist

This site uses Akismet to reduce spam. Learn how your comment data is processed.

Select posts contain affiliate links. I will receive a small commission if you make a purchase after clicking on my affiliate link at no cost to you. As an Amazon Associate I earn from qualifying purchases. For more information, see my disclosures here. 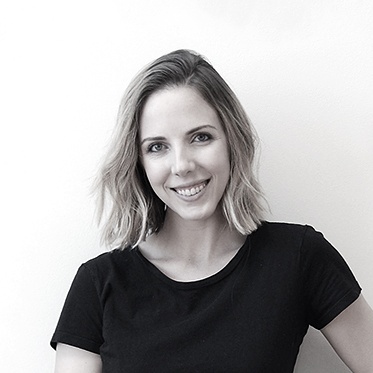 A Clean Bee is where I experiment with ways to live a cleaner life, naturally. Sign up for the newsletter to receive weekly exclusive tips, anecdotes, and updates!

Success! Now check your email to confirm your subscription.